Our Steering Committee is comprised of members and staff. These exceptional HR, People & Culture practitioners and long-standing members volunteer their time and skills to lead our member programs and offerings.

We are fortunate to have the following members on our Steering Committee: 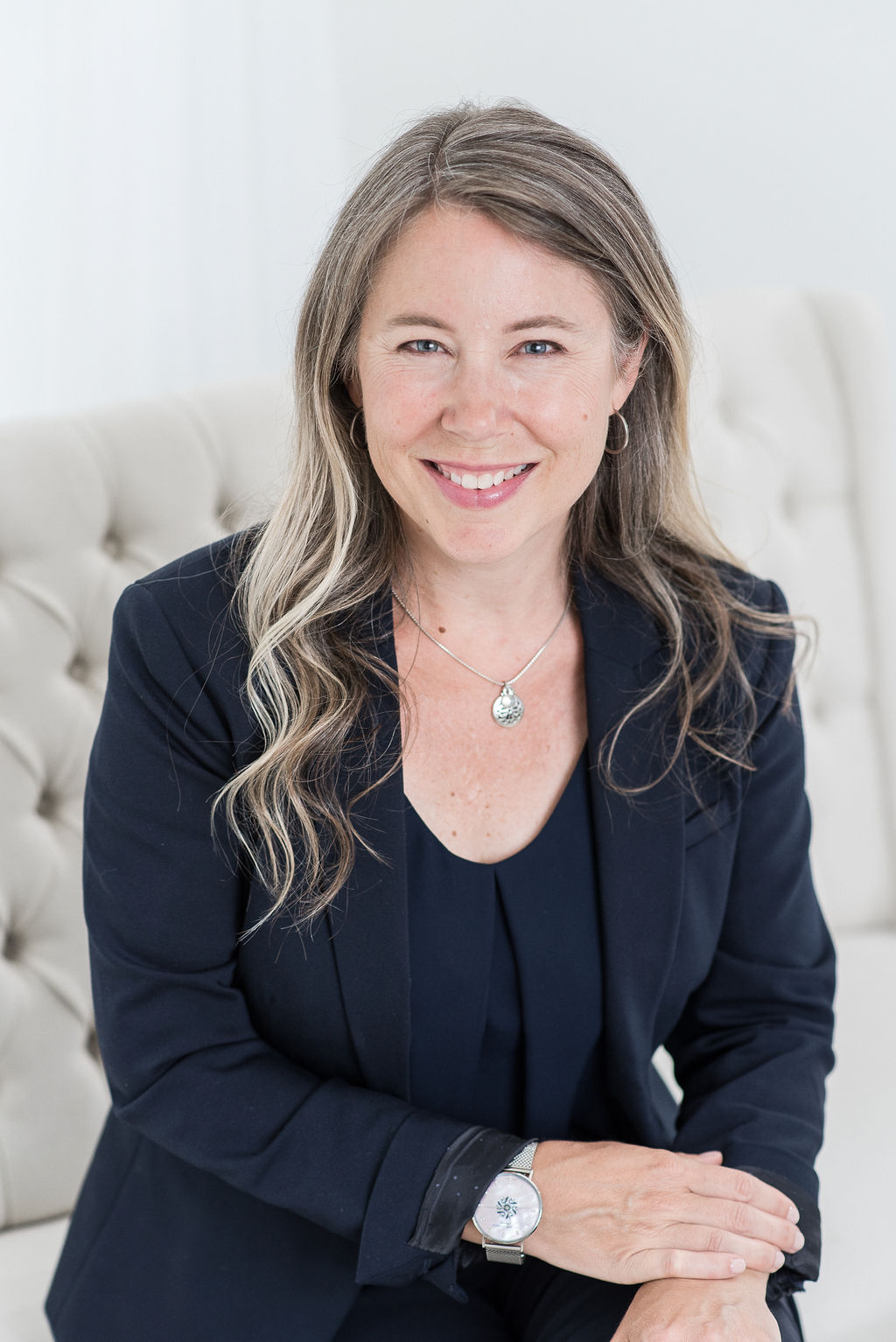 Stephanie Hollingshead (she / her)

Stephanie is the CEO of TAP Network. She grew up on the land of the Syilx/Okanagan people and now lives and works on the traditional and unceded territories of the Musqueam, Squamish and Tsleil-Waututh nations. As a business executive with many years of international human resources experience with technology and professional services industries and board director experience with the not-for-profit sector, Stephanie is passionate about building community. Prior to her position with TAP Network, Stephanie was Vice President, Human Resources for Sierra Systems, a Canada-wide information technology and management consultant firm and Chair of the Board for Big Brothers of Greater Vancouver. She currently volunteers as a director for The Eastside Cultural Centre, as Vice Chair of the Board. Stephanie holds a Bachelors of Commerce degree from the University of British Columbia and a Chartered Professional in Human Resources (CPHR) designation. In 2021 Stephanie was awarded  Women of the Year Award: Community Builder from BC Business. Serving as Chair of the TAP Network Steering Committee from 2007-2009, Stephanie has been a proud member of the association for the past 25 years. 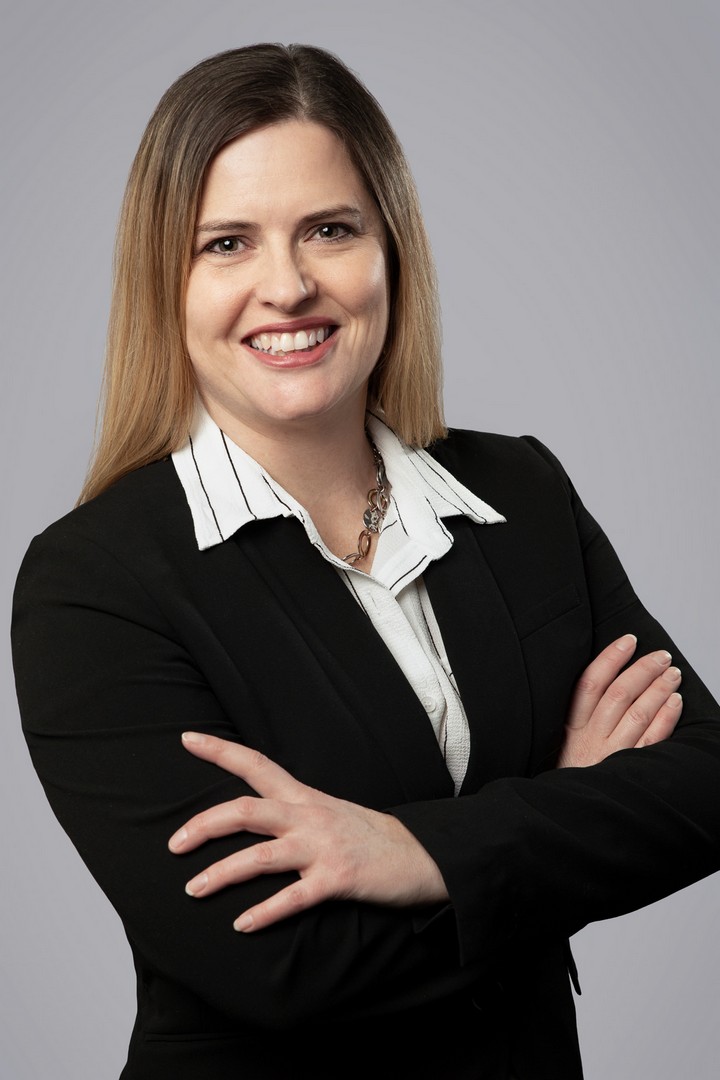 Kelli Forster (she / her)

Kelli is an HR executive with 20 years of international human resources experience in technology and manufacturing industries. Currently, Kelli is Vice President, Human Resources for Nano One Materials, a clean technology company changing how the world makes battery materials. Previously, she has lead or been a member of HR teams at Dynamic Risk, Endurance Wind Power, Schneider Electric, Xantrex Technology and Creo Products Inc. Kelli holds a Bachelors of Arts degree from the University of British Columbia, a certificate of Strategic HR Leadership from Cornell and a Chartered Professional in Human Resources (CPHR) designation. Kelli has been a member of the TAP Network for 20 years and has held various roles on the steering committee, special interest groups and conference committee. 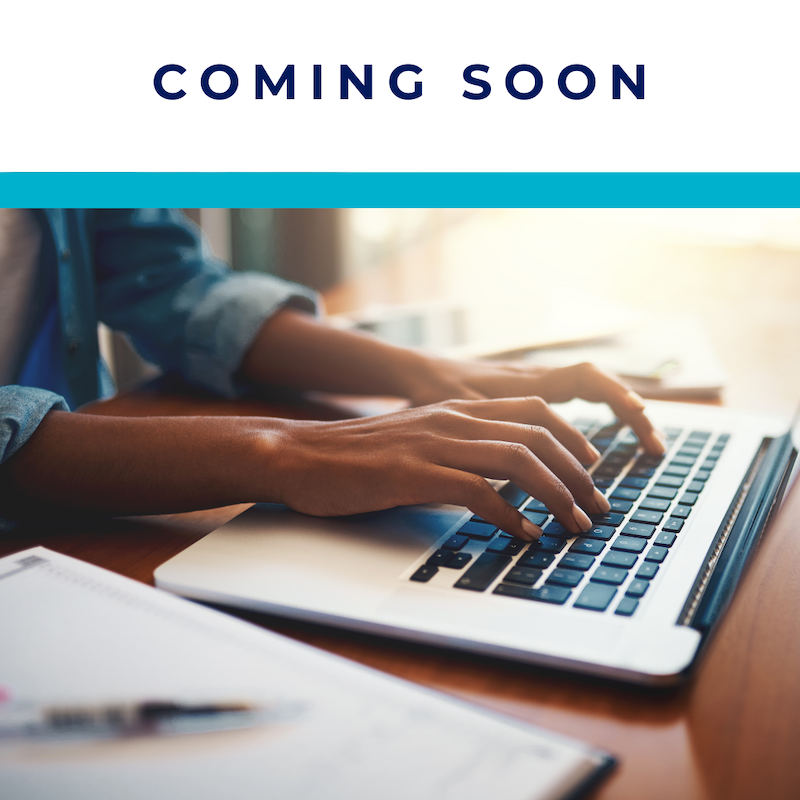 Kamyl is a human-centred, values driven and belonging leader. She brings 7+ years of experience in HR in professional services and technology industries and holds a Society for Human Resources Certified Professional (SHRM-CP) designation. She is currently the Human Resources Business Partner at DNEG - one of the world's leading visual effects, animation and stereo conversion companies for feature film and television, with studios in London, Vancouver, Mumbai, Los Angeles, Chennai, Montréal, Chandigarh, Bangalore and Toronto. She is on a mission to elevate our collective experience in the workplace where people feel that they matter and belong. She does this by bringing with her lived experience as a woman and person of colour and ensuring diversity, equity, inclusion and belonging is at the forefront of people and business strategies.

Ernestine Shin  (she / her) 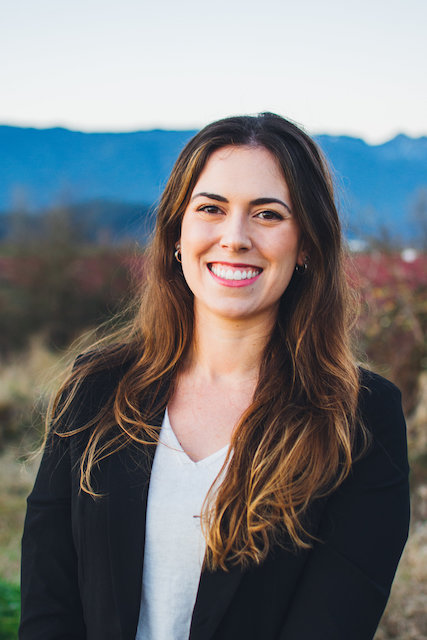 Sarah has been an active member of TAP Network since 2017 and is currently the Director of People & Culture at Routific. She has experience in a variety of tech sectors in Canada and Ireland working for organizations ranging in size from start-ups to large multinationals.

Sarah has previously volunteered with the CPHR networking portfolio and she is a CPHR candidate. Sarah has studied in England, Canada and the Netherlands and holds a BA from the university of Victoria. She has also completed the SFU PDP teaching education program and is a qualified teacher. Sarah is passionate about creating opportunities for professional development and building a sense of community. She looks forward to seeing you at some TAP Network events in the future. 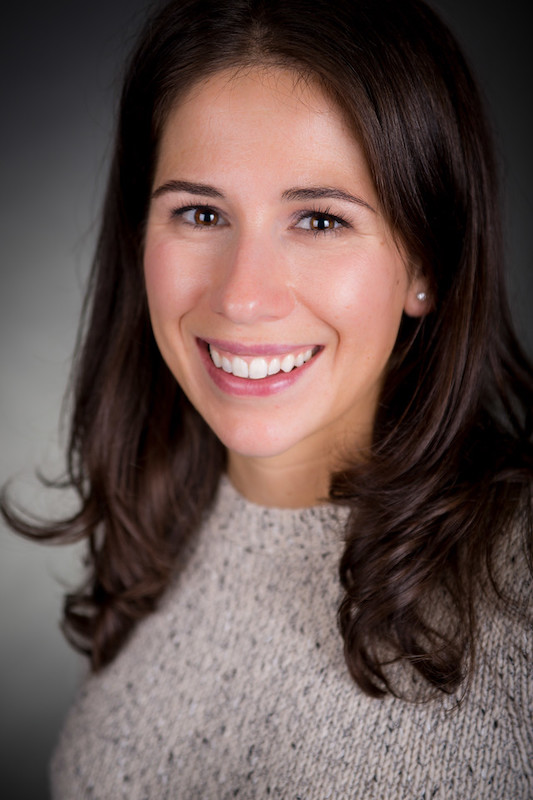 Victoria’s defining M.O. is her ability to translate a host of ideas and concepts into a unified vision that drives action. She is relentless and thorough in the execution of strategies to drive impactful results.

As VP of Operations at WiderFunnel, she leads the business operation teams of Marketing, Finance, People, IT, Legal and Administration, and designs seamless experiences for the company to successfully operate and achieve its vision. Victoria has 8+ years of experience leading Operations in the tech industry, and has been instrumental in balancing and building operational structures to accommodate rapid organizational growth, in terms of people, process and technology. 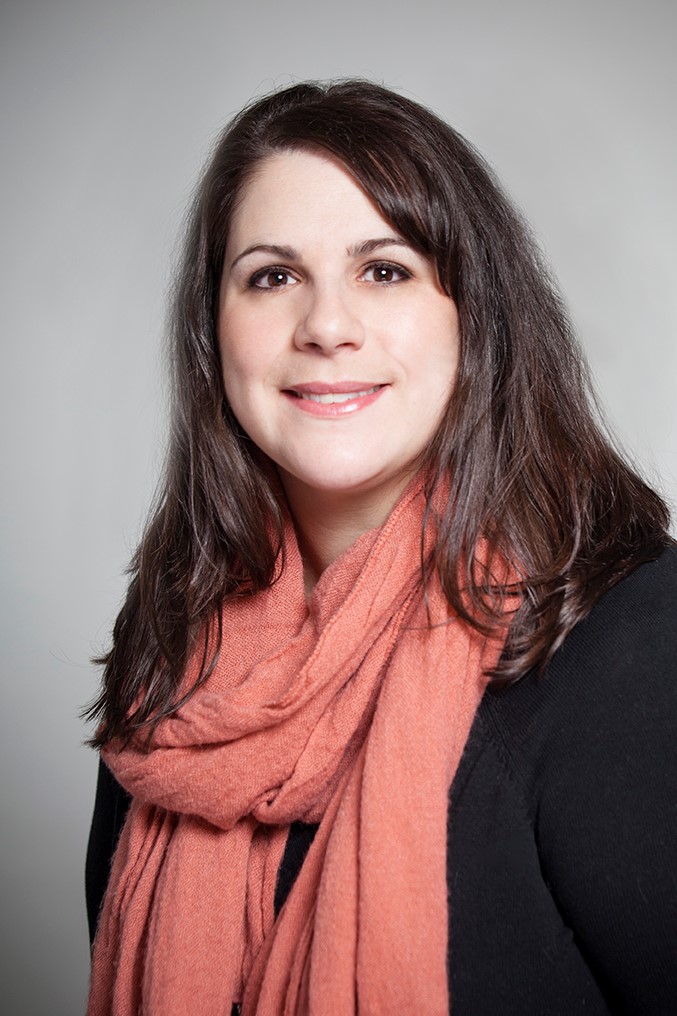 Natasha Gordon (she / her)

Natasha is Vice President, Human Resources at Ntirety (formerly Hostway) where she has led the human resources and corporate administration functions since 2012. Prior to Ntirety, Natasha worked in the new media industry at Threewave Software, a video game development company, and Coast Capital Savings, the largest credit union in Canada, where she held positions in human resources, financial services and accounting.

Natasha has been an active member of TAP Network since 2006, and was previously on the Steering Committee from 2011 to 2017. She is re-joining the Steering Committee in 2019 to co-chair the Compensation and Benefits portfolio.  Natasha is a Chartered Professional in Human Resources (CPHR) and SHRM-SCP, and earned her BA from the University of British Columbia. 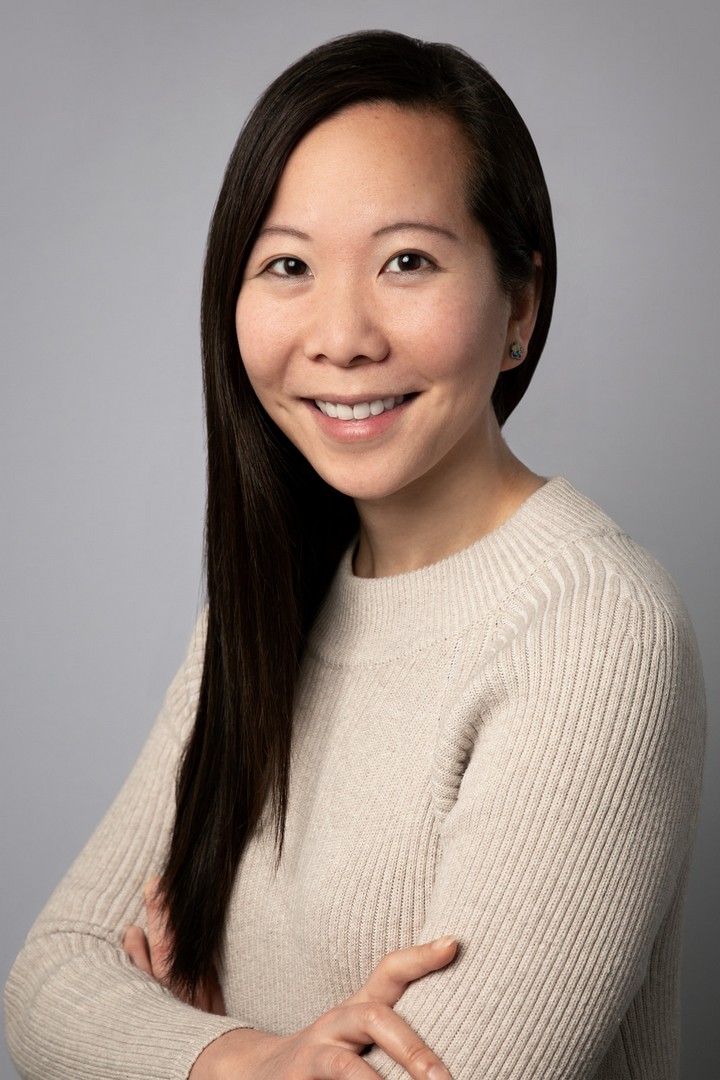 Director of People and Culture

Julie is the Director of People and Culture at East Side Games Studio. Prior to East Side Games, Julie was Director, People & Culture at Appnovation, and Manager, People Business Partner at Hyperwallet Systems Inc, a PayPal Service. She has 6+ years of HR experience in the tech industry. Some of her key strengths include change management, immigration, employee relations, compensation and benefits. Julie has a Bachelor of Commerce degree from University of British Columbia specializing in Human Resources and Finance. 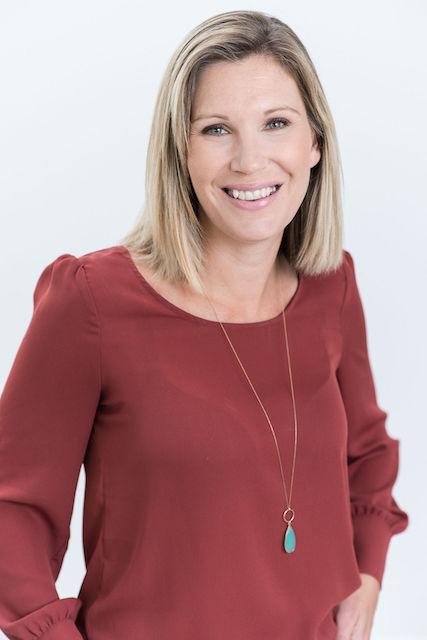 Charlyne Fothergill (she / her)

Charlyne has 15+ years of experience in Human Resources and has been a part of building Canada's tech ecosystem for the past decade.

Her career has been exclusive to working with early and growth-stage startups and she believes strongly that good people, operational, and business practices should be adopted early. Currently, Charlyne is the Senior HR Business Partner at CTO.ai and she remains deeply involved in the tech startup scene, mentoring, and advising with and for various organizations.

Charlyne leads the SIG Portfolio, is Chair of the D&I SIG and is a member of the D&I Resource HUB advisory committee. 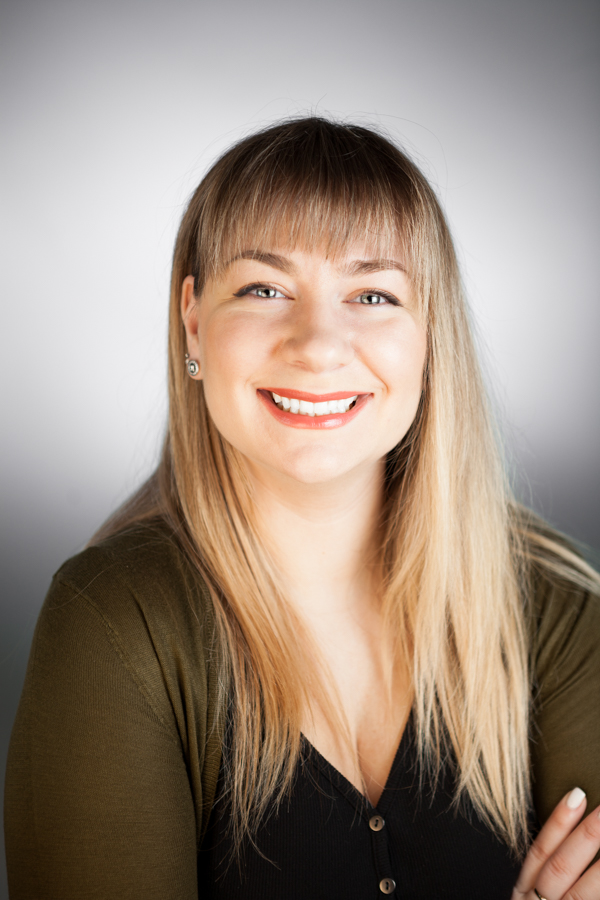 Olga has close to 10 years of experience in Human Resources in a variety of areas from recruitment, employer branding, employee relations and leadership development to strategic planning and compensation and benefits.  She started her career in the customer service industry later joining Randstad, one of the top global recruitment agencies.  Olga spent 5 years in the recruitment field supporting organizations across multiple industries with the main focus being on technology and manufacturing sectors. Olga joined Reliable Controls, a local design and manufacturing company located in Victoria, BC, in 2015 and currently leads a team of 3 HR professionals. 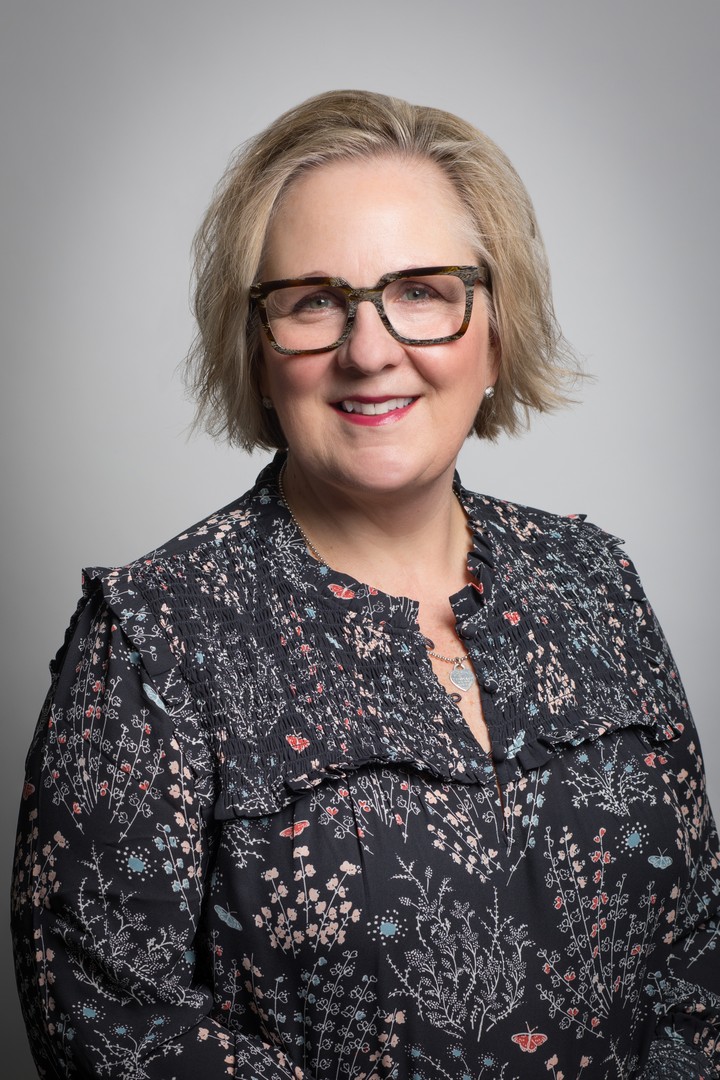 Laurie Murdoch (she / her)

Laurie is an executive leader in the VFX and Animation industry with over 25 years of Human Resources and Operations experience. Laurie joined Sony Pictures Entertainment in 2015 as the Vice President of People & Organization (HR).  Previously she was the Director of Human Resources and Recruiting at Digital Domain and was also instrumental in the opening of the Moving Picture Company in Vancouver in 2005.  Her focus and strengths are in the areas of immigration, recruitment, employee relations, leadership, employee development, training, compensation and benefits. She currently provides Human Resources services to the Film/Television and Entertainment sector.

Laurie has a CHRP Designation and received her Human Resource Management Certificate thru BCIT. She is also a Registered Immigration Consultant and has completed the Diversity and Inclusion Award of Achievement Program at the University of British Columbia.  Laurie has been a long-term volunteer with TAP Network and is a past council member at CPHR BC & Yukon.

Have you visited our Membership section?